The Reserve is a treasured asset of Horsham with many different habitats supporting a wide range of fauna and flora. The 17 acre Warnham Millpond with its reedbeds, islands and marginal vegetation dominates this 92 acre site.  It has ample free parking, trails, and hides.  The visitor centre has an exhibition room and disabled access toilets with baby changing facilities The Herons Rest café serves drinks and snacks.

The varied mix of habitats proves a haven for wildlife.  Over 400 species of plants have been found, from Common Bird’s-foot Trefoil to Orchids, as well as many different fungi.  Over 100 species of bird, including the Grey Herons with their thriving heronry  and woodpeckers, are recorded annually.   The beautiful Kingfisher is to be seen most days and is joined by Common Terns in the summer which come to breed on the millpond.  Also to be seen in the summer are many species of butterfly, from Common Blue to Silver-washed Fritillary together with dragonflies of which over 21 species have been recorded.

A walk through the Reserve takes you through grassland meadow,  ancient woodland and conifer and mixed broad-leaf plantation.  Board walks take you across marshland and areas of wet grassland.  The four hides and the feeding station provide closer views of the wildlife.  Whether visiting to enjoy a relaxing walk and tranquillity or as keen birder or photographer the Reserve will not disappoint. 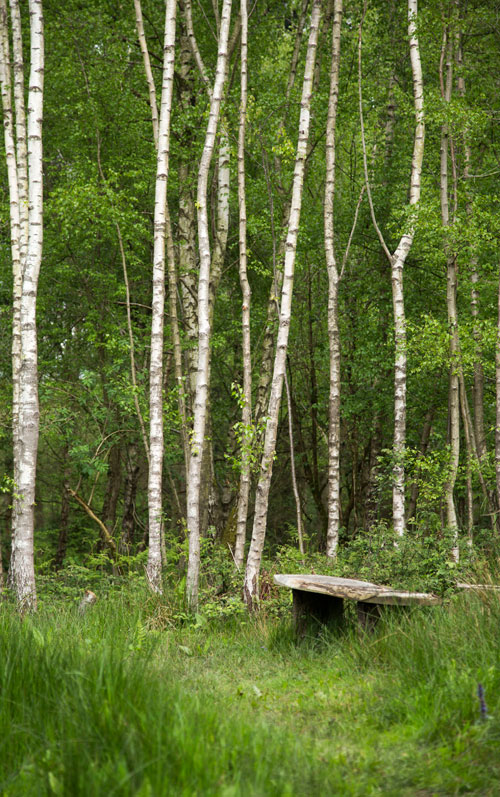 Prior to becoming a nature reserve, the millpond and surrounding land has an interesting heritage.  The Warnham mill and millpond have existed in different forms for many centuries with earliest records suggesting a mill existed in the 13th century.   It was during the 16th century, when the iron industry was flourishing in the Weald, that the millpond was created to provide power for a blast furnace which was active until around the mid 1600s. Later in the same century a flour mill was built which used an enlarged millpond as the source of power.  There has been a mill on the site ever since and the present mill dates from the 19th century and remained in use until the 1930’s.

The Reserve has connection with the poet Percy Bysshe Shelley who was born in Warnham.  It is said that as a young man he learnt to sail on the millpond and had a favourite picnic spot under a Sweet Chestnut on the edge of the Reserve. Later the land, now covered by the Reserve, was owned by his son, Sir P F Shelley, who sold it to the Lucas family to become part of the Warnham Estate in 1875.  It remained so for over 100 years until the early 1980’s when the A24 was upgraded to a dual carriageway, which physically separated it from the main estate. The land was then purchased by Horsham District Council and the 92 acre site was designated a Local Nature Reserve in 1988. It is managed by the council’s Parks and Countryside Services team.

Sorry, DOGS and CYCLING are not permitted on the Reserve and food is restricted to the Visitor Centre, courtyard and picnic area. 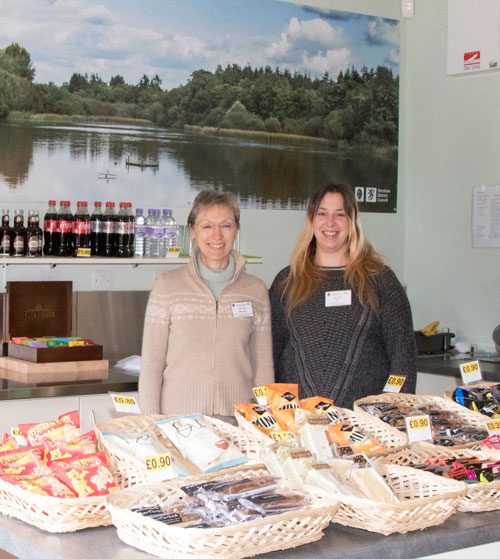 The Visitor Centre is open to all visitors whether or not going out onto the Reserve.  It has an exhibition room which has information about the Reserve, monitors showing ‘live’ footage from cameras in nest boxes and which overlook bird feeders, displays of the work of local artists and photographers, and vivarium housing harvest mice which are a part of a breeding project.

Within the Visitor Centre is the Herons Rest which is run by Friends volunteers.  Here visitors will receive a warm welcome and find a small café serving hot and cold drinks plus snacks.  There is seating available inside and an outside courtyard and picnic area.

The Visitor Centre and Herons Rest are open every day except Christmas Day and Boxing Day between 10 am and 4 pm from April to September and 10 am to 3 pm from October to March.  Facilities include baby changing facilities and disabled toilet and these are open until the time the Reserve closes.

We use cookies to ensure that we give you the best experience on our website. If you continue to use this site we will assume that you are happy with it.OkPrivacy policy